How to make (not break) your New Year resolution! 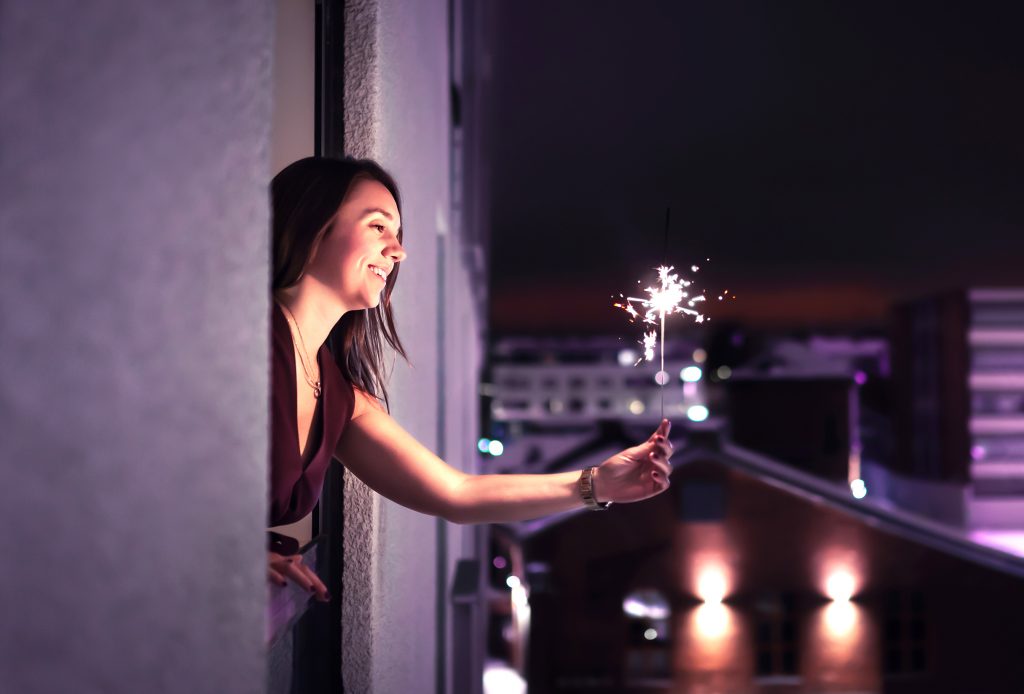 How to make (not break) your New Year resolution!

Published on December 14, 2021 by Trainimal Woman

Long-term perspective is the new black!

Studies have shown that we can be healthy and lose weight successfully by following a number of different diets and way of eating. The biggest challenge is however compliance. The stricter a diet is, the harder it is to stick to it in the long run. Although it feels euphoric at first to do a two-day-fast every week or eliminate carbohydrates from your diet, life catches up with us eventually and it doesn’t feel as thrilling after a few weeks.

If you want to make a change with your diet, then aim to find a life-long-diet rather than a right-now-diet. For most people, it’s all about eating “good enough” and keep an eye on the unhealthy stuff; you should be able to enjoy sweets sometimes but not every day.

A habit is something you do without consciously thinking about it. Brushing your teeth before going to bed is an example of a good habit, while a bowl of sweets in the sofa every night is a bad habit. If you want to create a new healthy habit, it’s all about taking small steps rather than changing everything overnight. We all have our traps, rules of life and bad habits to fight against and it’s important to be able to tell ourselves that one step at a time is good enough and to be persistent.

66 days to form a new habit

How long it takes to create a new habit has been debated over the years. It depends on the individual and what kind of behavior it is, but the most common figure mentioned in the psychology field is that it takes 66 days to form a new habit. So – when it comes to New Year resolutions you can expect the habit to feel more stable in the beginning of March.

Ask yourself; where can I start? If your goal is to eat healthier, you can make a list of what you think is a healthy eating behavior, see example below. The list can also include other lifestyle-related behaviors, such as exercise, sleep, meditation etc. Try and identify 1-2 of these behaviors that feels easiest for you to implement and start off with. By doing this it will hopefully give you confidence to continue and take the next step.

How to make a New Year’s promise

Try and choose a New Year’s resolution that you’ve already thought about for some time and then express it in a positive wording. This is because the brain has difficulty in processing the word ”not”. It’s therefore better to decide what to ”do” rather than what ”not to do”.

Example of a good New Year’s resolution: ”I will eat fruit instead of sweets on weekdays and make sure to eat a large number of vegetables for both lunch and dinner”.

Example of a not so good New Year’s promise: ”When the new year starts, I will not eat sweets and skip the fast food once and for all!”

What gets measured gets done!

Before the new habit is ”worn in”, you should keep a little track of yourself. There is an expression that says, ”what gets measured gets done”, which means that measurable goals are easier to achieve. There are different ways to do this: for example, you can start to register the food you eat (preferably with us at Trainimal Woman) or writing a food diary – this helps you to stay focused and you’ll get a better idea of ​​what you eat.

If your goal is to lose weight, weigh yourself and measure your waist once a week (avoid doing this everyday though). Another way of keeping track of yourself is to put a cross in the calendar for each day you manage to fulfil your new habit, for example eating fruit instead of sweets or taking a powerwalk.

An important aspect of succeeding with your healthy habit on a long-term basis is to understand that setbacks are part of the journey. Many people associate occasional setbacks with failure which can result in a sense of dejection. Then it’s easy to get caught up in the what-the-hell-effect, and get thoughts like ”-what the hell, I ate a whole bag of sweets yesterday so I might as well eat sweets today too!”. This creates a vicious circle that can lead to binge eating and anxiety about food. Instead, try to build up a self-confidence around food by taking small steps forward – something small becomes big in the whole picture. Try and make no big deal of your setbacks, just get yourself back on track again.

Five tips for succeeding with your New Year’s promise

1. Reasonable & specific goal
Be realistic when setting your goal, if banning sugar completely hasn’t worked before, it may not do so this time either. Specify what your goal means exactly, instead of a vague ”I will watch out for sugar” you can set the goal ”I will eat fruit on weekday evenings instead of sweets and at the weekend eat a small bag of sweets”.

2. Think positive
Instead of bans, focus on what you can ”replace” or ”add” which is easier for the brain to process. Remind yourself why this new habit is important for you, for example more energy or to be a better playmate with my kids. Give yourself positive feedback every time you do something in the right direction, your inner voice can easily become too harsh.

3. Remove obstacles
Fill the pantry and fridge with healthy things such as fruit, nuts, wholegrain rice cakes, chickpeas, cottage cheese, quark, instant miso, herbal teas – then it will be easier to choose that instead of sweets. Avoid things that you know ”trigger” bad food choices such as wine, salty foods or too little water during the day. And try not to make things too complicated; healthy food is easier than you think!

4. Tell others
Consider involving others by letting them know about your New Year resolution. By doing this, it will become more “real” and you’ll also have someone that can motivate and support you. Maybe you can put up a common goal together with a friend, colleague or family member so you can encourage each other.